THE WONDERS OF COVER CROPS

There are few things more beautiful to a viticulturist’s eye than a neatly pruned vineyard in the middle of winter, with a good stand of cover crop between each row. A good, winter cover crop programme is essential in controlling weeds, improving the soil structure and even in building up the soil nutrient levels as well as beneficial soil microbes.

END_OF_DOCUMENT_TOKEN_TO_BE_REPLACED

Our estate is well-known for our Pinotage, and we take great pride in maintaining – and exceeding – our standards when working with this unique South African varietal. So we are very pleased to bring you the 2018 vintage, a beautiful exemplar of Pinotage named “Outstanding” by Wine Advocate (USA) and rated “Platinum” (95+) on the SA Wine Index.

The 2017 growing season that produced this vintage was marked by severe drought in our region, but this gorgeous wine is evidence of the proverbial silver lining! The cool, dry year and long winter nights ensured a longer period of ripening, which in turn enhanced minerality and added finesse to the vintage. The drought also caused the vine to send its roots deeper in search of water, and this is always a good thing for the future hardiness of the plant.

END_OF_DOCUMENT_TOKEN_TO_BE_REPLACED

The harvest this year was bookended by unusual events outside of our control: A cooler than normal December and January meant that we started a week later, and the national lockdown announced in March meant that we harvested the last varietal in just two days. The results were exceptional.

Harvest started late, on the 30th January, because of these summer cool spells. This was, in fact, good news! It led to a higher natural acidity in the white wines as well as the Pinotage. The Pinotage was picked earlier and at a lower sugar content – to make our Pinotage blanc and Rosé wines. An anomaly was the fact that Chardonnay ripened earlier than the Sauvignon blanc and was harvested first.

The growth season had been abnormally wet, with quite a few days recording more than 10 mm rainfall and high humidity – the perfect conditions for downy and powdery mildew. We were blessed to escape such diseases, while the rest of the industry struggled with fungal infections and ensuing grey rot of the berries, with the very susceptible Chardonnay badly affected.

END_OF_DOCUMENT_TOKEN_TO_BE_REPLACED

DID YOU KNOW… WHERE DID WINE COME FROM?

There are many myths and stories to answer this question, but as social media did not exist back then, it is biased to pin it to so many claims. Maybe you should choose the story you relate to.

One of my favourites is in Persian legend, King Jamshid banished a lady of his harem, causing her to become downhearted and contemplate suicide. Going to the king’s warehouse, the woman sought out a jar marked “poison” containing the remnants of the grapes that had spoiled and were now deemed undrinkable. END_OF_DOCUMENT_TOKEN_TO_BE_REPLACED

The name Sauvignon Blanc can be loosely translated as “wild white” in French. It is
one of the most popular varieties of white wine in the world, and one of the top five
most planted varieties in South Africa. It is produced throughout the country, with
Stellenbosch listed as the biggest production area, followed by Robertson, the
Swartland and Worcester.

END_OF_DOCUMENT_TOKEN_TO_BE_REPLACED

HARVEST REPORT 2019: FROM THE WINEMAKER’S MOUTH

I am not here to dictate to Mother Nature, nor will I ever complain about what she gives. She sets the rules, we adjust. But having only just seen the back of a three-year drought (our worst yet), I will say that we’ve become well acquainted with this Mother’s more demanding side. And in the process, proven that listening to her cries and demands is a pretty good idea – and the key to an excellent harvest.

END_OF_DOCUMENT_TOKEN_TO_BE_REPLACED

“We have a winery in South Africa.” With these words, a long-cherished dream for the Dutch entrepreneur couple Marianne and Fons Aaldering became a reality. In 2004, the couple acquired 24 hectares of land in one of the best wine-growing regions in the world, Stellenbosch, at the southern end of the African continent. 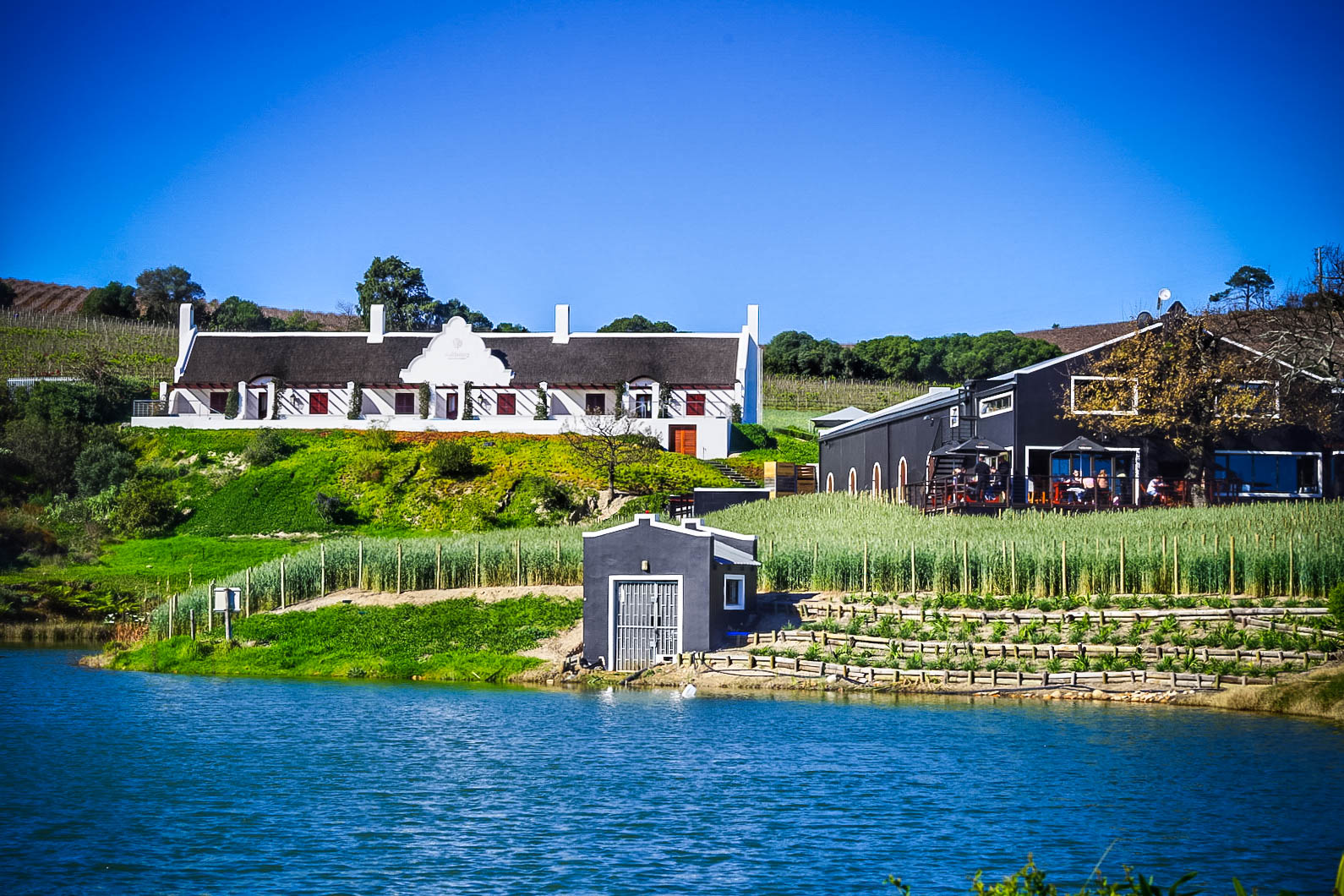 Coming from the long driveway rises the picturesque winery of the Aaldering family / © Editiorial FrontRowSociety.net

END_OF_DOCUMENT_TOKEN_TO_BE_REPLACED

Growing our network at Prowein 2018

Ireland, Belgium, Finland, Balkan, Thailand and the USA are just a few more countries where you might find a selection of Aaldering wines in the near future. At the recent Prowein 2018 trade show in Dusseldorf, most of our existing importers and new connections sampled our latest vintages. Once again, Prowein was a success and we’re excited to share our range with even more wine lovers around the world!

END_OF_DOCUMENT_TOKEN_TO_BE_REPLACED

Heard it through the vine

Before we give you an update on the 2018 harvest, we’d like to share this piece that was published by several researchers in South Africa:

“The South African wine industry is bracing itself for what might be the smallest harvest in more than a decade. The drought conditions that have been prevalent in the Western Cape for the third consecutive season will have a major effect on the 2018 harvest. Drought, a shrinking area under vines and frost damage will have the greatest effect on the crop size. Even though the 2018 harvest might be much smaller, vineyards are in a very good condition due to frequent rainfall in October and November, as well as cooler weather up to the end of November. Vineyard growth is generally good and there have been no noteworthy occurrences of fungal diseases or pests. The low dam levels and insufficient water resources are most likely to have the greatest determinant of a smaller 2018 harvest. Good, regular showers in December and January may of course bring great relief and change the outlook for the better.” END_OF_DOCUMENT_TOKEN_TO_BE_REPLACED

Have you ordered your limited edition Magnums yet? Christmas might seem far away, but we’re already (almost) half-way through the year! Our winemaker chose the Aaldering Estate Cabernet Sauvignon Merlot as the star of this new Magnum series. The iconic wine is ready to be enjoyed, but will also cellar well for another 10 to 12 years. END_OF_DOCUMENT_TOKEN_TO_BE_REPLACED