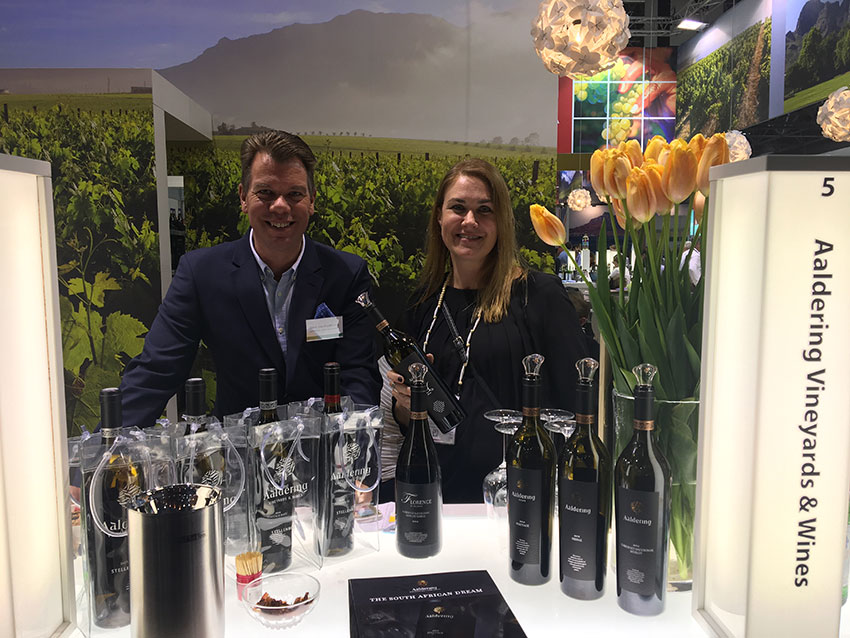 ProWein is highly regarded as the number one international trade fair for wines and spirits. The annual three-day event takes place in Düsseldorf, Germany.

Aaldering was 1 of 22 South African wines represented at the Wines of South Africa stand from 19 to 21 March. Madri Gerber and Gert-Jan Posthuma went along to introduce potential new importers to Aaldering’s latest vintages, which were very well received. They also used this opportunity to strengthen relationships with our current importers.

ProWein attracts key decision makers from around the world. This year saw a record number of 58 500 visitors over 3 days.

END_OF_DOCUMENT_TOKEN_TO_BE_REPLACED

Shiraz is our spiciest grape on the Aaldering Estate. It complements oriental dishes and a local favourite, roast pork belly. Try it with this recipe.

The 2013 vintage is the result of two different batches from the north and west-facing vineyards, blended together after a beautiful harvest. Rich with plenty concentration and a good combination of dark fruit and spice, you get aromas of dark cherry, raspberry, white pepper and cloves on the nose and a full structure on the palate.

The shiraz vineyards have now been divided into smaller sections that are managed separately due to differences in soil type, vigour and time of ripening. This ensures all our grapes are harvested as close as possible to the optimal ripeness levels, while each area receives individual attention.

Watch as our winemaker Guillaume Nell gets spicy. 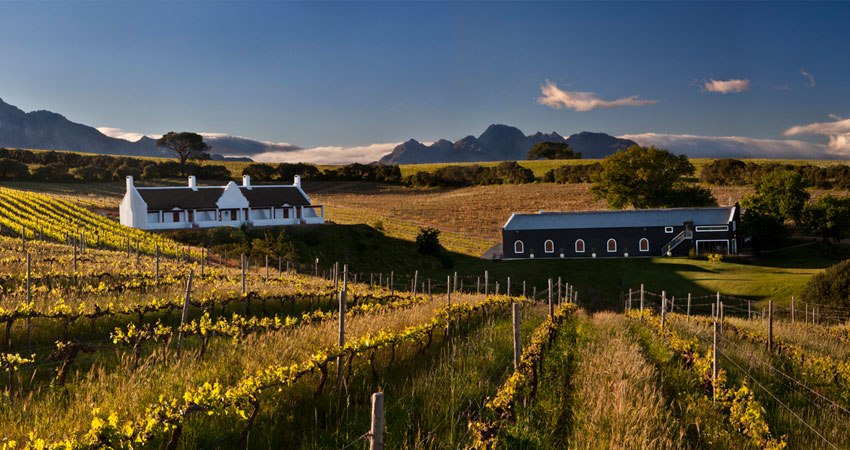 A toast to ten years

This year, we’re toasting our 10th harvest at Aaldering Vineyards & Wines with a vintage worth celebrating.

The 2017 harvest started on 23 February – 11 days later than the 2016 vintage. Caught in the midst of the worst drought in 100 years, this has been our driest harvest yet. While we were blessed with the occasional drizzle towards the end, we did not have enough water to supplement irrigation.

On average, Stellenbosch was 20% cooler than last year. We experienced mild days and cool nights. In mid-February, usually the hottest month of the year, we had a few days where the temperature reached mid-thirties. These scorchers were followed by rather chilly evenings.

The Aaldering crop was as robust as last year with an increase in Shiraz. This was as a result of viticultural practices and is not vintage related. Despite the drought, the quality is expected the surpass that of 2016 and in some cases, even 2015.

Compared to last year, the red varieties have great colour, good concentration and softer tannins. The white varieties have good flavour. In the cellar, the available nutrients in the juice for the yeast was below average, but fermentations went smooth without any hiccups.

It’s safe to say that you can lift your glass, in good time, to an exceptional vintage from our 10th harvest.